The Shake A Paw Rescue and Adoption Center is unlike any other Adoption facility. Located inside our state of the art Shake A Paw store and licensed as an Animal Shelter (Yes, we are a Shelter!!), we accept dog surrenders from the general public, as well as rescue homeless, abandoned and unwanted dogs. 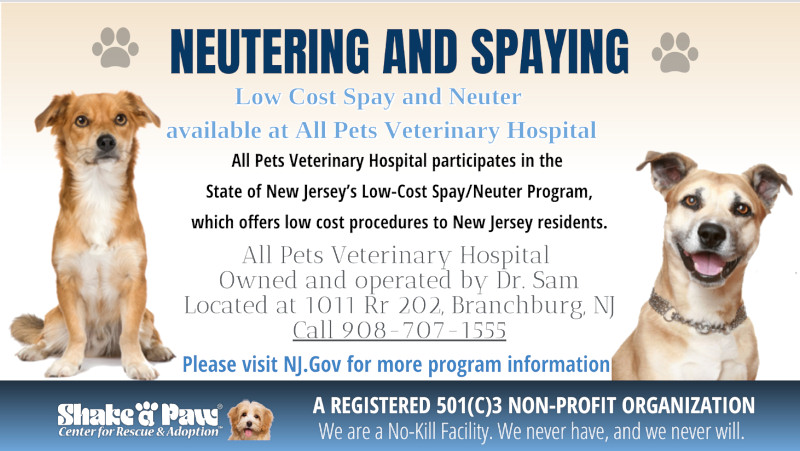 Testimonies
Bella's Story.. My name is Jasmine Diaz and just a couple of months ago I adopted my adorable Bella (Beagle/ Englishbull dog). My family and I always go to shake a pa ... More »

Born and raised in Union County New Jersey, Jeffrey Morton has owned dogs and cats his whole life. From a Golden Retriever/Cocker Spaniel mix as a child, to an Irish Setter as a teen, to Old English Sheepdogs, Saint Bernards and French Bulldogs as an adult.

After attending college for Business Management, Jeff went to work in the retail and electronics field. After 10 years of working in corporate structure, Jeff ventured out on his own, fueled by his love of dogs, opening Shake A Paw in 1992. He expanded the original Green Brook store in 2000 and in 2006, opened a state of the art, 8,000 sq. ft. Superstore in Union. 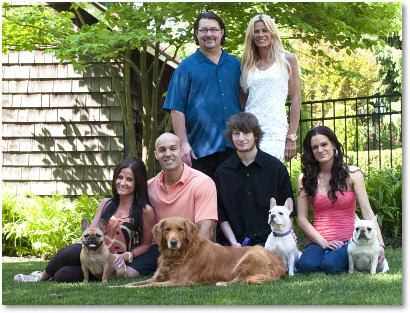 Jeff with his human and canine family!

Jeff owned two Old English Sheepdogs in the early 1990's and learned dog grooming and obedience training. He also started breeding Saint Bernards and doing breed rescue, which is finding homes for dogs given up by their owners.

At one time, Jeff owned eleven Saint Bernards, two Sheepdogs and two cats! Many weekends were spent at dog shows throughout the northeast, competing for AKC Championships and meeting with breeders. He also owned and trained the #1 Obedience Titled Saint Bernard in 1996, Ch. Lil' Jon's Sigmund Freud, CD, CGC. A major highlight of his career was participating at the world-famous Westminster Kennel Club Dog Show in New York City 2 years in a row.

The Shake A Paw Center for Rescue and Adoption, a New Jersey 501c3 Non-Profit Corporation, began operations in September of 2012. In order to best serve the needs of the community and our rescue dogs, Jeff was certified in New Jersey as an Animal Control Officer and an Animal Cruelty Investigator. Our custom Adoption van attends over 15 off-site adoption events per year. Since inception, SPCRA has rescued and placed over 1,500 homeless dogs, with many of them being transferred from shelters with high euthanasia rates.

Jeff has always been committed to giving back to the community's that we serve. We recently partnered with the Union County Sherriff's Office to supply their K9 dogs with K9 vests and supplies, and have we have partnered with Union High School to provide volunteer opportunities for their students.

Past & Present Professional Affiliations Shake A Paw is also a contributor and sponsor of over 20 animal welfare orgainzations, community youth groups and local charities including: